UPDATE:  MOBE brought down by FTC

On Monday, June 4, 2018, the Federal Trade Commission, an agency of the United States of America (“FTC”), filed a civil lawsuit against the following persons and entities:

Being that it was just an affiliate page for MOBE, The Secret Society of Millionaires has now also shut down.

According to the FTC, MOBE is a scam: “Defendants’ stock-in-trade is a purported “business education” program called “My Online Business Education” or “MOBE,” that claims to teach consumers how to launch their own online business and generate substantial income. Defendants claim to have a “proven” system for making money quickly and easily through internet marketing, which they promise to unveil to those who pay to join their program. Once consumers are lured into joining the program for a modest entry fee of $49, Defendants apply a series of high-pressure tactics to induce consumers to buy their various membership level packages – starting at $2,497 and progressively becoming more expensive – with the false promise that consumers will reap substantial returns on these “investments.” Defendants promise even greater returns to those consumers who upgrade to higher membership levels that cost tens of thousands of dollars more. To close the sale, Defendants even mislead consumers into believing that the MOBE program is risk-free and consumers can get their money back if not satisfied. In reality, the vast majority of consumers who buy into the MOBE program and pay for these memberships make very little to no money, and many experience crippling losses or mounting debts. Some consumers have lost as much as $60,000 or more to Defendants. Although Defendants claim to offer a system for making substantial income quickly and easily, the only ones making that kind of money are Defendants and a few insiders. Defendants’ CEO, Matthew Lloyd McPhee a/k/a Matt Lloyd, is unflinching about how they make this money – as he explained in a recent email, “you’re looking for a very unhappy group of people who are in physical or emotional pain, so you can help alleviate their pain in return for their money.”

It is important to note that the MOBE website has officially been shut down due to the many complaints the FTC has received.

It is also believed that the same applies to the Secret Society of Millionaires.  Right Now the website is down!

They may re-open after the lawsuit has been settled, but it’s very unlikely

If you had bought into their program, and don’t know where to turn to you can refer to this page —> click here

Or you can see what is my No. 1 recommendation for an HONEST way to make money online.

It is free to join.  Try it you will not regret your decision!

I got this “Special Invitation” by email the other day from one of the hundreds of emails I receive every day and it kind of stuck out from the others.  It said that I

could be mentored into being a Millionaire by making money online.

Hey, being an online entrepreneur already, I thought I would check it out.

So, I clicked on the link and was brought to this nicely made video.  The webpage was actually appealing, and the video made it interesting, especially to someone new to online businesses. 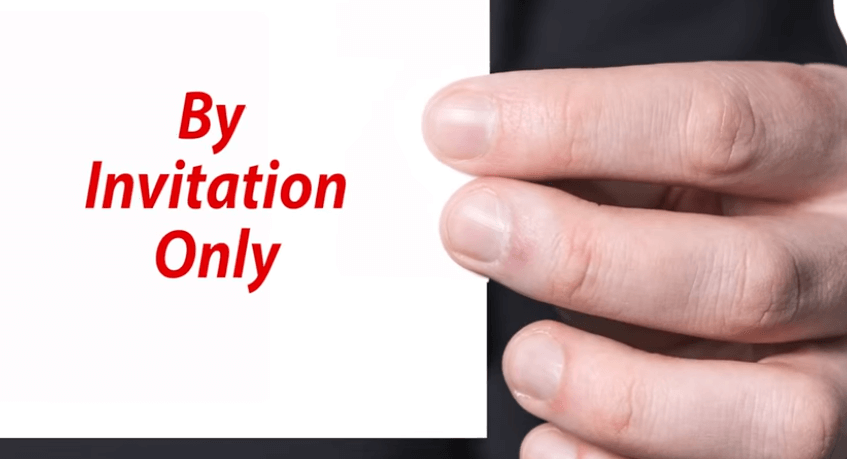 But the more I watched, the more skeptic I became, by the middle of the video, I was certain I would not be subscribing to the program!

The secret society of Millionaires what is it?

They say that their “business model” has been featured on a bunch of news networks and CNN Money.  This is absolutely true, yes their business model which is making money online, NOT their specific program

Also, when you look at the page where the video is, because of my personal invitation, I got a 92% discount off the $597 regular price. Which is probably also true, but are you going to make money with your $49 investment?  They say you can make  5 and 6 figure profit in less than 6 months.

You did notice the term “profit”.  To make that kind of money, you will definitely need to invest a LOT of money into it, IF you make a profit! 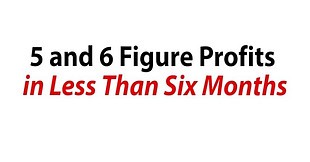 They will try to convince you into “investing” thousands of dollars into the program.  Just for example, in order to earn what they claim $2,550.00+ per week, you would need to invest probably in the 5 figures into their system. There is no way you are going to make this kind of money with a $49 investment.

You will also get something for your money, like a call from a “mentor”, which will be basically a salesman trying to upsell and upsell the program.  And they are very persuasive. They have been trained to pry on people’s emotions and they are very tenacious.

Have seen it all before, they hire someone as their spokesperson on Fiverr and then make this very appealing video to lure people in.  Look at this guy for an example. His name is supposedly William Dawson from Jacksonville. He said that he made $4,755 in his first week.  Well, he’s a paid actor with a script.  Found him on Fiverr offering his services:

This image was taken from the video 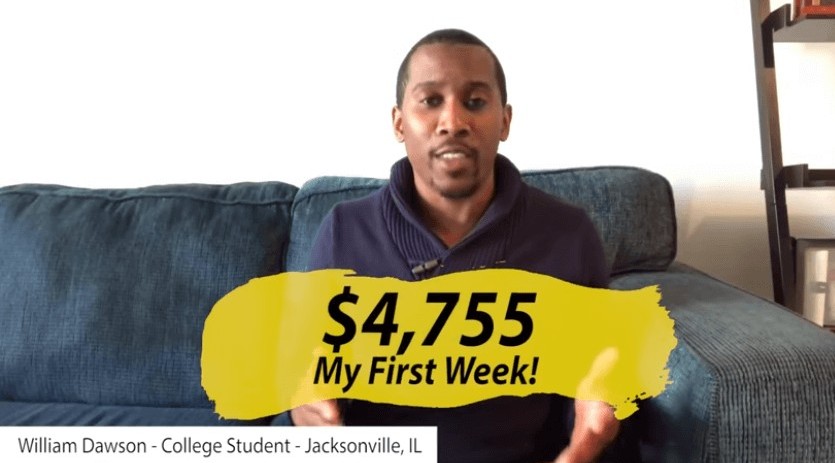 This image was taken from Fiverr.com 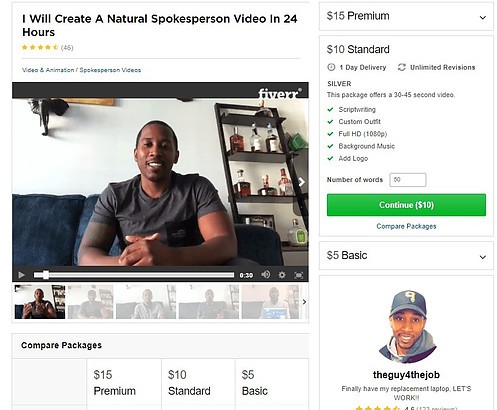 I found more “actors” from Fiverr like this in the video but I am not going to spend too much time on this.

You have the proof with just one example, but if you watch the video, and you do a search on Fiverr, you will find the testimonials are all acted!

Oh, and Jason Alton, the “founder” of this secret society, is shown in the video with his “wife” Tai on a beach somewhere: 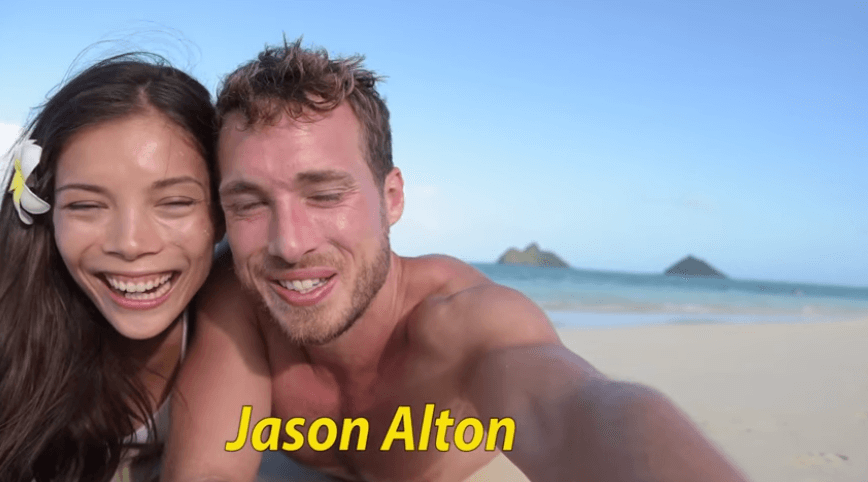 Here is the “married couple” on Shutterstock 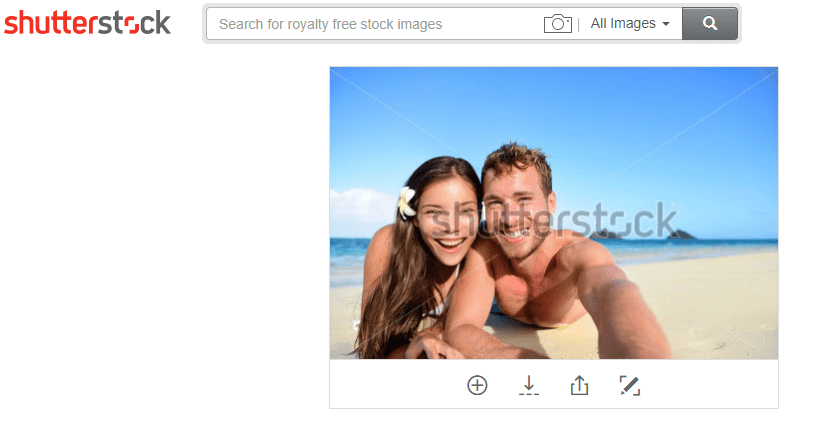 So you see, anyone can make a great video and show all kinds of great places they have been and the wonderful vacations they have taken.

It’s all the same mumbo jumbo. It’s all smoke and mirrors. That’s it! 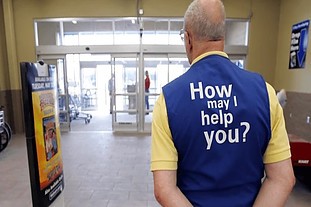 Then, they pry on your emotions, showing a seventy-some-year-old working at Walmart.  Which is not false by today’s economy, but what I despise is the fact that the only one making money with these kinds of programs are the people behind them.

Don’t you find it strange that this “secret society” has to hire actors and buy footage to make their video so nicely done?

The truth is if it was so good, they wouldn’t have to hire anybody, they would take actual members and share their real stories.

It’s a very expensive program and it is NOT for beginners!

So what is The Secret Society of Millionaires?

This “program” used to be called the Quantum Ad code just a few months ago, now it has changed its name to “The secret society of millionaires!”

It is a front and a “Sales Funnel” for another business called MOBE (My own business education) which is a very high-ticket program.

MOBE itself is a legitimate 21 step program that covers the basics of affiliate marketing, however, it has had many other names in the past like My Own Business Empire and My top tier business.

Why would a company change its name every so often? 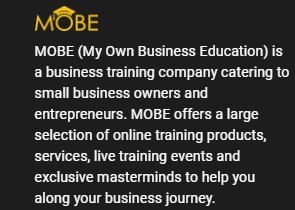 MOBE itself was created by a man named Matt Lloyd about 5 years ago.

It is a very successful business because whoever is in the program has to invest at least 4 sometimes 5 figures to really get started.

They do pay high commissions, but you will have to invest a lot into it!

Here is a breakdown of their program:

Here is the price for each stage:

$49 is not out of reach for most people, but you are not going to make any money unless you buy the upsells and they are up to +$29,997

Phone calls from “salesy mentors” wanting you to put in more money in the system.

It is VERY expensive if you want to promote the high ticket stages!

It is Not for beginners!

This business model is based on licensing their different levels.  You can’t promote a level unless you have bought it first!

Well, It’s hard to determine if it’s a scam since it has all of these different program names attached to it.

My conclusion is that “The Secret Society of Millionaire” is just a landing page and a video that is a front AND a Sales funnel for MOBE.

There is NO secret society!

This “Secret Society” has been created by one of MOBE’s affiliates! Plain and simple. It is a way to drive traffic to their affiliate link on MOBE. Nothing more!

I say that MOBE has a very somber problem with its members promoting its product in a very deceptive way!

However, I cannot say it is a SCAM, it’s more of a DIVERSION or a well-made sales video and landing page to catch people’s attention.

The real issue here is that without purchasing the Silver membership at $2,497, you will definitely NOT be making the money promised on the video.

And even though it’s only 2 levels (commission on sales the member makes and their referred members), it’s still looks and feel like an MLM.

I am NOT RECOMMENDING this program

I will tell you this, even though I don’t recommend this program, I want to emphasize that my goal here is not to bring down anybody or another program.

I want to make people aware of what is out there. What is good and what is not so good!

If I provide you with something like that, I want to make certain that I deliver content that will truly be of value to you, the reader!

So that you can see my blog as something of value and that what I tell you makes sense, and help you take a reflected decision.

If you want an honest, truthful, and non-deceptive way to make money online, the platform that I use every day and that is my No. 1 recommendation is called Wealthy Affiliate.

Why Wealthy Affiliate? Because of the genuine and honest program they offer.

It is a community of like-minded people that help each other.

The training and the community are unsurpassed anywhere else on the internet.  They are continually improving every aspect, and there is always an update every so often that improves the quality of member’s experience.

AND it is very beginner-friendly!  You will get all the help you need to get started and beyond.  All for FREE! 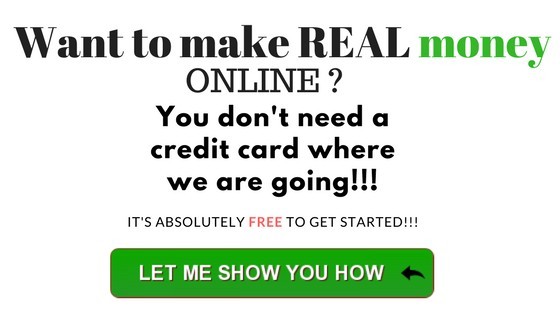 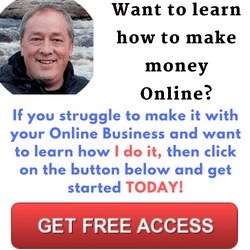